One Book, One TV Show: Moby Dick by Herman Melville 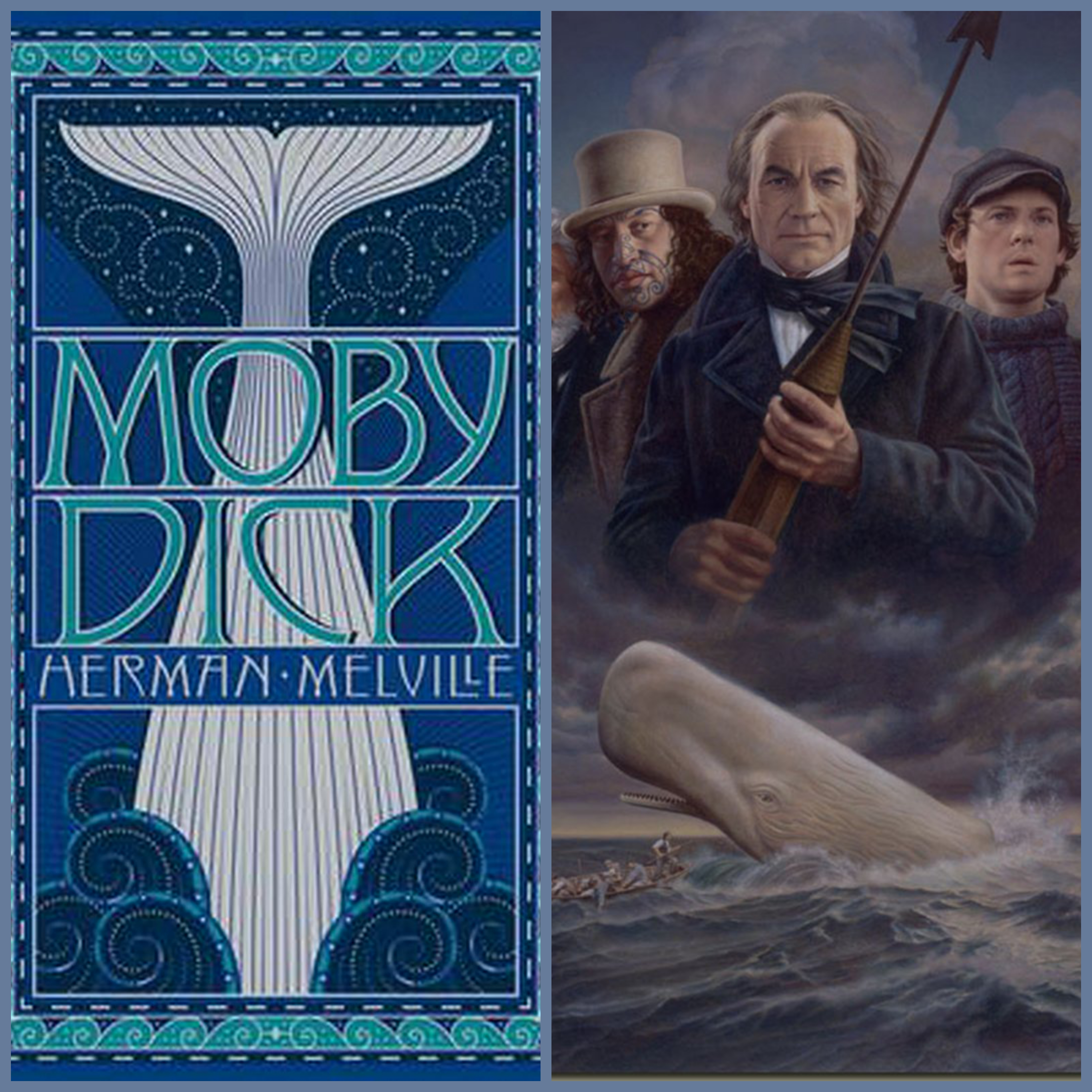 Moby Dick, an American Classic, a very long and drawn out American Classic. I like the book, I’m not a fan of that style of writing, where it’s mostly narrative with very little dialog, I’m sure there’s a word for that style but I can’t think of it, but I like Moby Dick. It’s an adventure set in the prime of Nantucket Whaling and you see a man, who has been hurt by an unthinking animal, gradually unleash his madness and fury against the thing, to his detriment. But, it is long and there is a lot of unnecessary information in the book. The short chapter on cetology and almost the entire beginning with Ishmael and Queequeg’s developing relationship. There’s about 200 pages that could have been cut out to make the book easier to read.

I give props to Melville though, for describing what essentially a homosexual relationship between Ishmael and Queequeg. And for describing white people as white washed black people. That gives me a chuckle every time I read it.

I chose the 1998 miniseries solely because it had Patrick Stewart as Ahab, but it has a pretty decent cast as whole. Ted Levine as Starbuck, Dominic Purcell as Bulkington, and Henry Thomas as Ishmael. With an appearance by Gregory Peck, who played Ahab in the 1956 movie version.

Anyway, the TV show was originally a two part miniseries but it’s on Amazon Prime in three one hour episodes. It’s not the best show ever to come out of the 90’s. It obviously had a low budget but it was well acted. AND it skipped a very large portion of the begging in the book. I couldn’t have bared to sit through all that on film. That would’ve been too much.