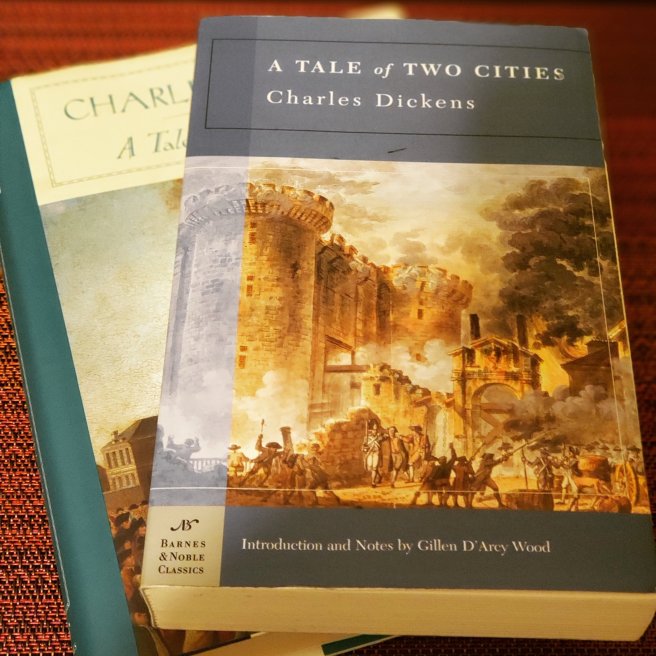 Set during the time leading up to and after the French Revolution, A Tale of Two Cities is not an easy read when compared to Great Expectations and A Christmas Carol. You really have to pay close attention to what’s going on or you might miss some vital piece of information.

It’s divided into three books (maybe it was a three part serial when first published, I don’t know) with the first to books setting up the third with a tremendous amount of backstory. The third part is where the book really took me in, with the theme of necessary sacrifice, or a needed sacrifice at least. Whether it’s a sacrifice to satisfy a need for revenge or a personal sacrifice that is performed out of love so that a family wouldn’t have to endure another tradgedy.

View all posts by Judah

REMINDER: I do not speak for The Church of Satan. I'm just loud.

Imagining books and music in quirky and creative ways

Understanding ourselves and the world we live in.

Welcome To Our Campfire🔥

Sharing our outdoor experiences and books along the way...

Tools Of The Chef

Everything For Your Kitchen At The Lowest Prices

Welcome to the YummyHood!

Her Ultimate Life
SAMANTHA THE READER

Exploring What Captivates, Inspires, and Intrigues.

Donald on Dining in and Out.

Tales from the mouth of a wolf

A daily selection of the best content published on WordPress, collected for you by humans who love to read.

The best longform stories on the web